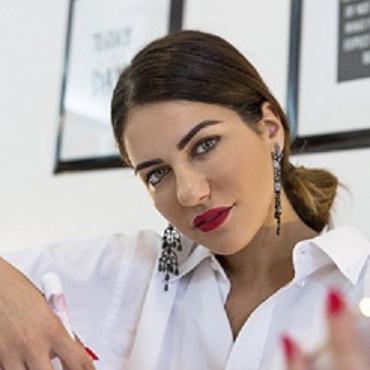 Souzana Kengitsi started from YouTube, by “pure chance.” She is a Beauty Editor and her career in media began about 10 years ago, at ELLE Magazine. She then worked for several women’s websites and talk shows, and spent four successful years in the television morning program “To Proino,” airing on ANT1, where she worked as a Beauty Editor. During that time, she stumbled upon YouTube, and started uploading videos of her favorite products and makeup, and somehow transformed herself into a Beauty Vlogger, without yet knowing what the term meant. At the same time, she continued her career as a Beauty Editor at Marie Claire magazine. Having worked with most media outlets, today she declares that her greatest love remains YouTube.