To open the event, the Co-President of the SNF, Andreas Dracopoulos, gave brief remarks welcoming those attending. In his speech, Mr. Dracopoulos said, among other things: “Dialogue: In our time, dialogue is fundamental for us to be able to tackle the thousands of challenges we face, either as individuals or as members of society. Only through continuous dialogue, based on mutual respect and mutual understanding, can we move forward, by dealing with adverse conditions, or by simply following developments around us; otherwise, it is a matter of time until artificial intelligence swallows us all up, without exception. Only through dialogue will we, as a human species, be able to develop our emotional intelligence (EQ), a basic human asset. Even monologue—despite the fact that as an inherent stereotype, it is not considered preferable—is sometimes nothing but a dialogue with ourselves; also necessary for us to become better in dialogue with our fellowmen…”

The discussion at yesterday’s DIALOGUES event was stimulated and inspired by questions such as: How stereotypes are created and what is deemed “different”? What makes a refugee “the stranger?” How can gender identity or sexual orientation define social rights? Who can censor art, and in what ways? Why can disability lead to limited accessibility and, as a result, exclusion?

These questions were the starting point for the discussion, which attempted to identify and redefine stereotypes and social representations of the “different,” through the testimonies and experiences of people of varying origins, who themselves had faced stereotypical discrimination and social stigmatization.

Nujeen Mustafa, the young refugee who crossed the long road from Syria in a wheelchair, and became a symbol for strength and hope reaching the coast of Lesvos, talked about how she experienced and continues to experience this long and difficult “journey,” as a young girl, a refugee and a person with a disability. “The guest is part of the whole process of acceptance and non-acceptance. I believe that it’s natural for you to fear, for humans to fear the unknown, the unexplored, something that they have no idea about […]. I fully expected the fear, the rejection and reluctance […]," Nujeen said. She added “I, personally, enjoy the stereotypes they put on me, or the labels, because then I enjoy the reactions when I defy them.”

Ioanna-Maria Gertsou also discussed the production of stereotypical images and the discriminations that accompany them, and lead to exclusion and isolation, drawing from her personal actions and experience as the President of “Lara” Guide-Dogs Hellas and a psychologist at Agia Sofia Children’s Hospital in Athens. As she said during the event, “the only way to overcome stereotypes is to embrace ourselves first [...]. Stereotypical ideas and thoughts limit the mind our ability to think, to face reality and accept the “other” in its terms”.

Konstantinos Rigos, Director of the Greek National Opera Ballet, talked about stereotypes in Art, the rules in expression and the limitation of artistic freedom through criticism that reaches the level of censorship, as well as the limits stereotypically set by society, differentiating between “quality” and “commercial” Art. Referring to gender stereotyping in art, K. Rigos noted, “art defies all stereotypes […]. All of my years as a choreographer, I never thought of the carrier of the movement as a man or a woman. Carrier of the movement is the movement itself”.

Another discussion topic involved the stereotypical perceptions of gender identity and sexual orientation in the family, at work and in society at large. Jason Antigone Dane, activist for human and animal rights, who turned to the Courts for legal recognition and registration as non-binary, also talked about the importance of choosing the neutral gender in a society that only knows and recognizes the male and female. Jason-Antigone Dane gave its own answer to the questions posed by society, by describing “gender” and “sexual orientation” as “spectrums, performances”, adding that, ”gender binarism, especially, defines us before we are even born. The first question is: is it a boy or a girl? […]. And different expectations and stereotypes are created according to this gender classification”.

The Cross-Cultural Choir of the Greek National Opera (GNO), which consists of members from various origins, also participated in the event. The Choir is GNO’s social project, which aims to become a space for creativity, expression, and social networking. The Choir’s repertoire features traditional songs from its participants’ countries of origin. 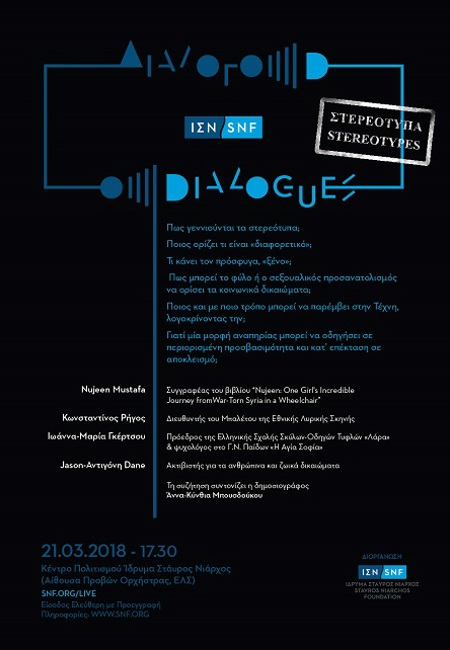 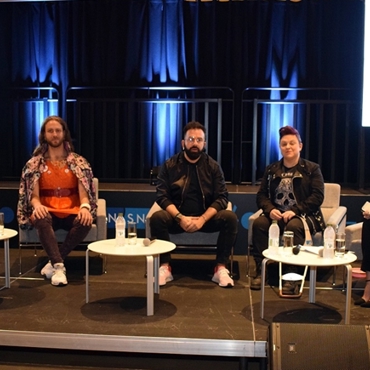 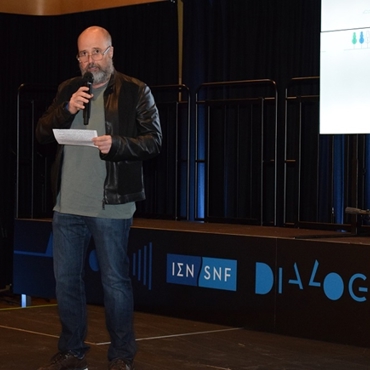 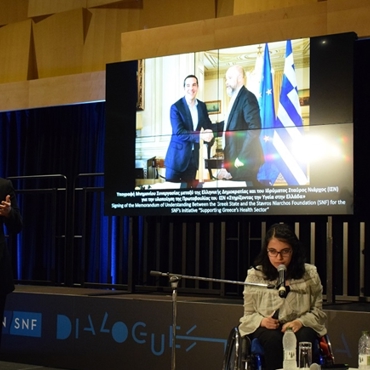 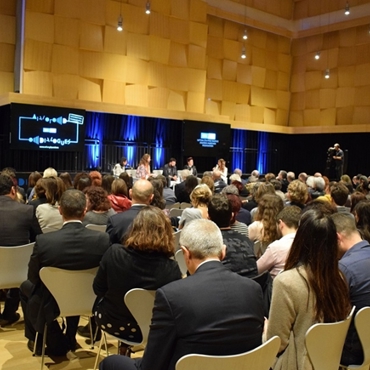