“There is a crisis of democracy, a rise in polarization and distrust in many places,” said New York University sociology professor Eric Klinenberg at the 50th SNF Dialogues discussion, which took place on Wednesday, January 26. In the first SNF Dialogues webcast of 2022, held through journalism nonprofit iMEdD, participants discussed whether—and how—the social isolation and anxiety induced by the pandemic have led to an increase in violent behavior worldwide.

“Many people believe that we live in a more violent time than ever before, that society is falling apart. Actually we’ve been on a fairly steady downward trend in terms of violence for the last several decades, with the exception of the last couple of years in which we’ve been living in an acute pandemic and emergency,” said Klinenberg, referring to troubling upticks in violence observed recently. “This moment is not just a pandemic moment, it’s a moment when there are overlapping crises that are smashing into one another. When there are periods of instability and dramatic social change, it feels as if everything is in the air, and our behavior is volatile. It’s hard to think of a time more than the last couple of years when our behavior has been so volatile and when so much has been up in the air.”

Alex Piquero, Chair of the Department of Sociology and Arts & Sciences Distinguished Scholar at the University of Miami, has conducted research showing an increase in domestic violence during the pandemic. “It’s unfortunate but not a surprise in the sense of what kinds of stressors are implicated in domestic violence. You add stress, anxiety, anger, people stuck together for a period of time without any kind of outlet. One of the things that worries me as a scholar is what are the long-term effects of the pandemic, especially on women, who did not return to the workforce in the numbers they were at the beginning, as well as what’s going to happen to the kids. We know one of the strongest risk factors for later violence is exposure to violence. If we are detecting increases in physical violence, there’s undoubtedly going to be an increase in emotional violence.”

Kiki Petroulaki, psychologist and President of the European Anti-Violence Network, discussed the increase in incidents of gender-based violence in Greece through a prerecorded interview she gave to SNF Dialogues. “What has changed, compared to the past, is visibility. The media has finally started giving it emphasis, covering almost every incident. Last year, we had nine femicides and nine attempted femicides. The perpetrators feel that they can go on with their lives unpunished, which is actually the case, as long as these “misdemeanors”—according to the law—keep occurring, the law and the police will continue treating them like simple arguments between a couple, as if both are to blame. This situation first needs to be rectified, and then we can ask why women do not leave and why femicides are increasing.”

snfdialogues.org
The first SNF Dialogues webcast of the new year discussed the impact of the pandemic on trends in violent behavior. 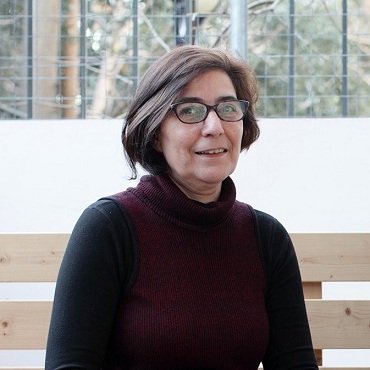