On Wednesday, February 14th, 2018, the SNF organized the 4th event of the new monthly series DIALOGUES, regarding Eros at the Stavros Niarchos Foundation Cultural Center.

Representatives of Science, Philosophy and Arts created a unique polyphony in an attempt to construct and deconstruct the concept of Love.

Professor of Ancient History and Classics at the Institute for Advanced Study, Mr. Angelos Chaniotis, Professor in the Department of History and Archaeology at the University of Crete and Director of the Museum of Cycladic Art, Mr. Nikos Stampolidis, Psychiatrist - Psychoanalyst and Honorary President of the Hellenic Psychiatric Association, Mr. Nikos Tzavaras and scriptwriter Ms. Mirella Papaoikonomou shed light upon the various interpretations attributed to the concept of love, which, as a subject itself, has been a driving force for human expression and creation. The discussion was moderated by journalist Anna-Kynthia Bousdoukou.

The discussion provided, among other things, a presentation and analysis of the various forms and expressions of the complex phenomenon of eros (being in love), as well as its relationship and its differences, if any, with passion and love in general. Using a vivid description, Prof. Nikos Stambolidis captured the meaning of eros by saying “Eros is nothing but an impulse. An impulse of motion by a person in love towards the target that they themselves have selected. That is, it is the distance that the arrow crosses after escaping the outstretched bow, as it runs towards its target. This distance is eros. When it finds the target, it is no more.”

On the question “What is love?” Ms. Mirella Papaoikonomou gave her own answer by referring to the love “of art, nature and the sea” which, she said, is beyond time, characteristically mentioning “love is like a pill for immortality, for the immortality of the soul.”

For his part, Prof. Angelos Chaniotis mentioned, among other things, in the context of the debate on the difference between eros (being in love) and love that, as a starting point, in Greek, there is a syntactic difference between “loving” and “falling in love”: “In Greek, ‘to love’ is an active verb. I love, I am offering something. To ‘fall in love’ is passive, I am the object of some action, which is internal. And I believe that this is vital for the way in which we perceive falling in love.”

During the event, the speakers also discussed those conditions that may predetermine our choices in love, and the influence of role models and family backgrounds. The timelessness of love was at the heart of the discussion, along with its multiple transformations which we encounter in different forms of art throughout the history of humanity, focusing on the representation of eros in different manifestations of ancient Greek art.

From the perspective of psychoanalysis, Prof. Nikos Tzavaras gave his own interpretation of the meaning of eros, noting that it is “an expression of the unconscious” which, he stressed, “includes some of the more archaic experiences of each person.” He continued by saying that “love, eros, is most definitely connected to the body. Therefore, what is so exquisitely represented in ancient Greek art is something that is also present in the real psycho-sexual development of every human being.” 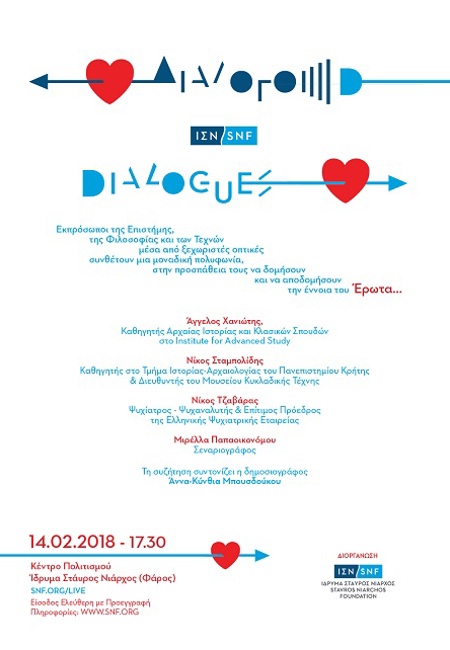 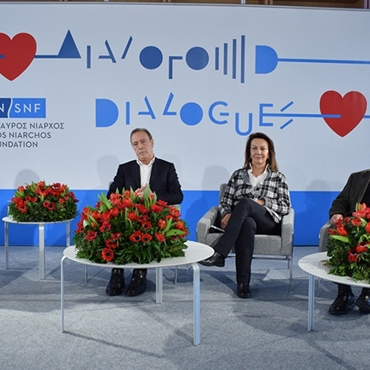 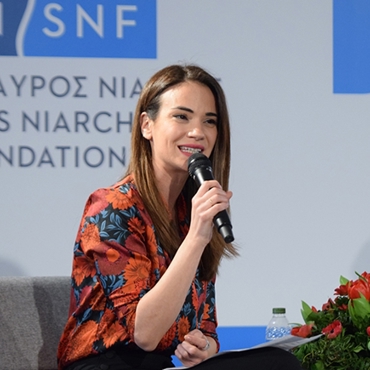 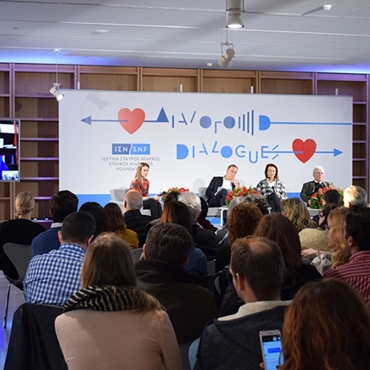 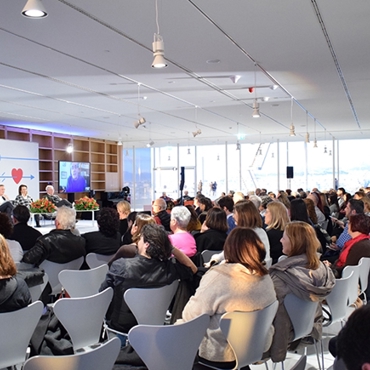