Rapid changes in the global climate system, humanity’s adaptation to extreme weather events, rising temperatures, and climate justice are some of the issues the audience raised in opening the 46th SNF Dialogues discussion, on Climate Change.

On Wednesday, September 29, 2021, at the iconic building of the Academy of Athens—Greece’s first research institution—scientists and members of the community took part in an open, public dialogue. Setting the backdrop for this discussion were the extreme weather events of this past summer and the publication of the Sixth Assessment Report of the United Nations Intergovernmental Panel on Climate Change, which confirms, beyond any doubt, that global warming is caused by human activity.

Strategies we have at our disposal to respond to the threat, the significance of individual responsibility, transitioning justly to a climate-neutral Europe, and what our lives will look like in 50 years were among the topics members of the audience raised with the expert panel of scientists who participated in the discussion.

“Human beings may be small compared to nature, but they are big enough to disrupt it,” said Prodromos Zanis, Professor in the Department of Meteorology and Climatology at the Aristotle University of Thessaloniki School of Geology. “During the 1980s, we had one heatwave that lasted at least eight days. The next decade, we had two. The very next decade, three and, during the last decade, four. In the last 40 years, we have seen an increase in such events, which we expect to continue in the coming years,” he said, adding that “warming and desertification are two phenomena that will affect us for decades to come.”

On the environment in Greece and renewable energy sources, Secretary General of the Academy of Athens and Climate Envoy for Greece Christos Zerefos said, “The cost of climate change to our country could reach and exceed €700 billion, twice as much as our national debt. If we adapt, the cost will be half that. Adapting means saving resources, conserving energy. Our country is rich in renewable energy sources. Adapting involves a series of steps that will lead to profit satisfaction, because the new energy sources and the new cities that will necessarily be created will be less polluting, more livable, and the flow of traffic will be easier.”

Recalling severe flooding on the Greek island of Evia in 2020, Niki Evelpidou, Professor in the Faculty of Geology and Geoenvironment at the National and Kapodistrian University of Athens, commented, “What we witnessed in Evia in 2020, multiply it by many times if there is extreme rainfall in Athens, as we had in 2020. Essentially, we must hope for a pattern of light rainfall. If there is extreme rainfall, then we will have floods. We will lose the soil that we have; all of it will become muddy. There will be landslides and flooding, and all the areas that are below sea level will be destroyed.” In response to a question from the audience about individual responsibility and possible solutions, Evelpidou said, “The solution is within ourselves. Each of us can change the way we operate; we can do our part to help with the situation. We should not expect everything from the decision-makers. There’s something each of us can do.”

Antarctic Programme Leader at the Norwegian Polar Institute Birgit Njåstad referred, in a taped interview streamed during the live discussion, to the three areas of change in Antarctica of which we should be vigilant. “The Antarctic is quite key in driving the global climate system. So any small changes in the ocean or the atmosphere, or a combination of that in the Antarctic can have rippling effects into the full climate system of the world where we live. Secondly, of course, there is a lot of ice in the Antarctic as we know, and if that ice, or some of that ice, melts we will have sea level change and we know that is happening and is happening faster…. The third is the ecosystems or the marine systems around Antarctica, which are also slowly changing due to these changes in the physical surroundings. The biological system of the marine environment around Antarctica also has influence on the full global marine system and the ecosystem services of the oceans and our world.”

Senior Advocate at the NRDC Climate & Clean Energy Program Sasha Stashwick touched on implications for industry and the elimination of carbon emissions, which scientists say must be halved by 2030, in an interview she gave to SNF DIALOGUES. “We don’t hit our North Star climate goals unless we have a plan and policies in place for decarbonizing industries like cement and steel. Critically, the path to zero emissions for these sectors is not through obsolescence or replacement the way that we think about fossil fuel refining, for example. The path to zero is through innovation. And we have to ensure that we have policies on the books today that incentivize investment today, to deploy the advanced technologies that we know we are going to need in 2040 and 2050 to deeply decarbonize these sectors.”

The DIALOGUES discussion, a follow-up to the January 2020 event on the impacts of climate change, focused on the need for human adaptation to increasingly extreme weather events, and upcoming DIALOGUES installments are expected to focus on this issue again.

Learn about tools that allow us to monitor the impact of climate change and the occurrence of extreme weather events: https://lab.imedd.org/en/tools-for-monitoring-the-effects-of-climate-change

The DIALOGUES are curated and moderated by Anna-Kynthia Bousdoukou and are held through journalism nonprofit iMEdD (incubator for Media Education and Development).

snfdialogues.org
Scientists and members of the audience broached the changes to the climate that are happening now, the consequences we are already experiencing, and the need for humanity to adapt to a new reality. 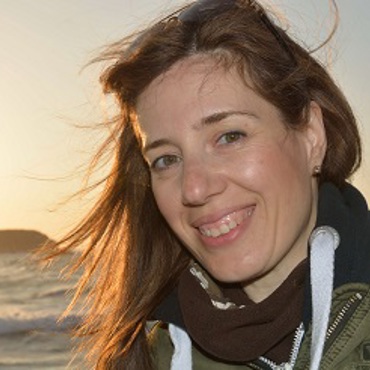 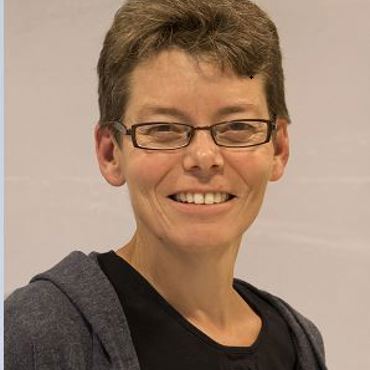 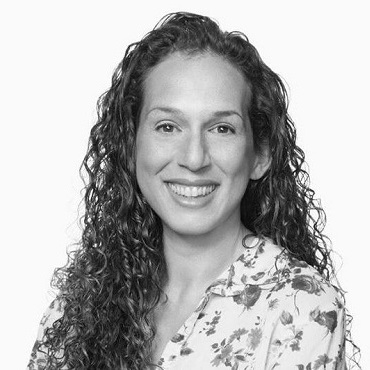 Professor at the Department of Meteorology and Climatology, School of Geology, Aristotle University of Thessaloniki 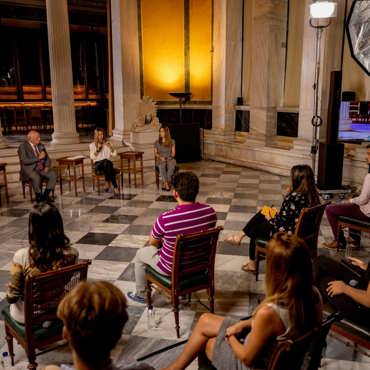 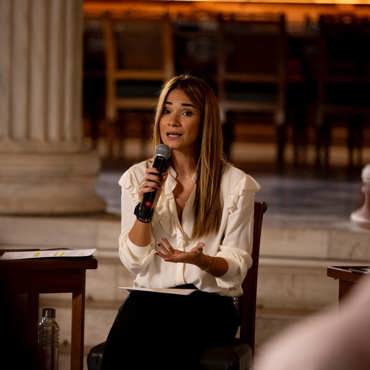 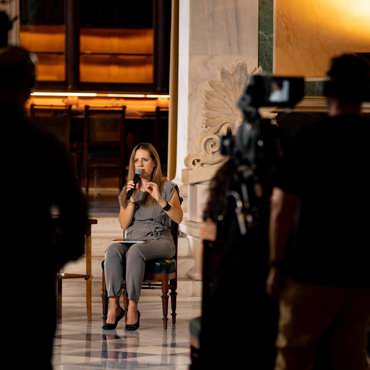 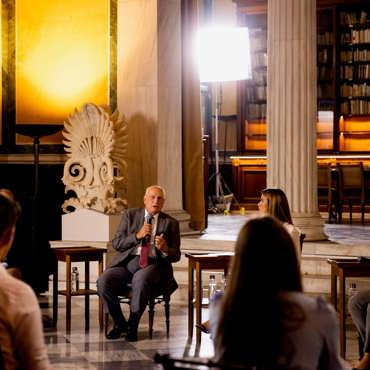 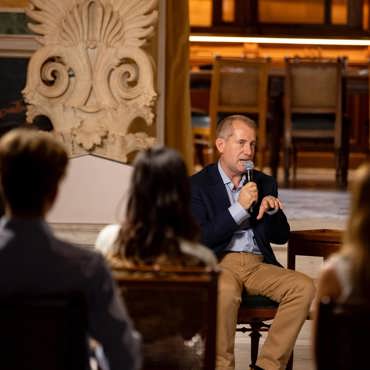 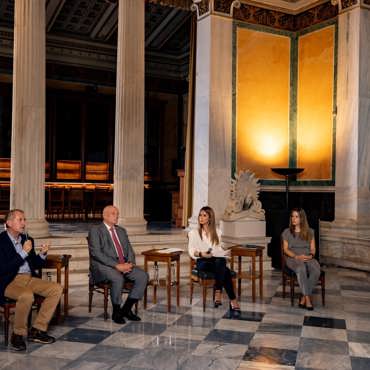 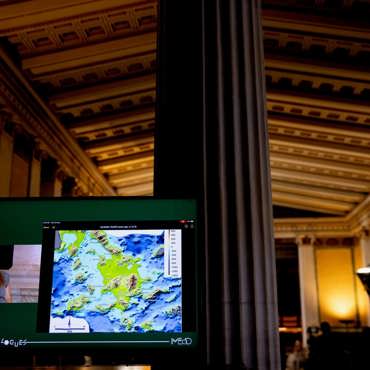 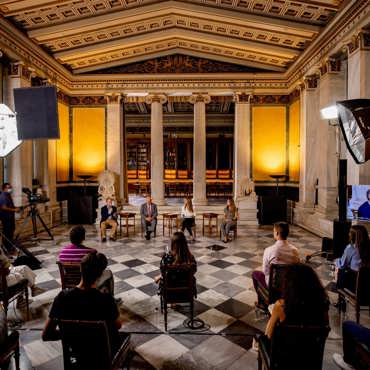 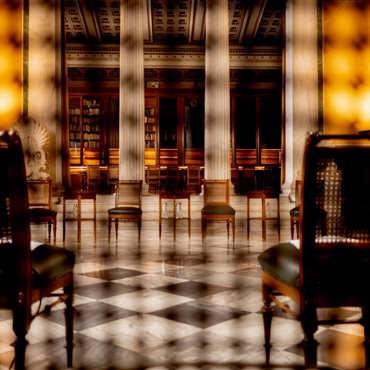 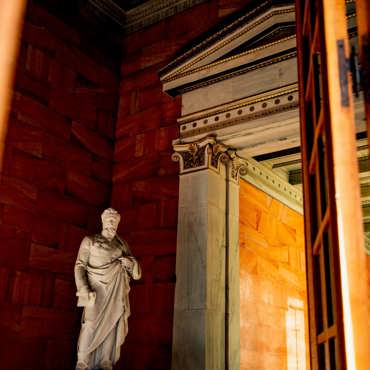