The June installment of the Stavros Niarchos Foundation’s (SNF) DIALOGUES series found the event once again travelling outside of Athens, heading to the western part of Mount Parnon and to the village of Vamvakou in Laconia, along with a large group of friends.

As part of a full day of activities and events on Saturday, July 13, 2019—open and free for all—the DIALOGUES invited the audience to participate in an open discussion on the theme of “Back to our Roots.” The topic was inspired by the Vamvakou Revival project, championed by five young people seeking to revitalize the village of Vamvakou with encouragement and financial support from SNF.The all-day event included sports, educational, and artistic activities for the entire family: nature hiking, walks on the village’s paths, cycling, activities for kids, a movie screening at the village school, and the first Vamvakou Mountain Run, which offered both 7 km and 28 km routes.

The SNF DIALOGUES event followed, after visitors enjoyed a traditional lunch in the village square.In the DIALOGUES discussion that took place on Saturday afternoon, the speakers and audience exchanged ideas on supporting the vitality of remote and declining regions through new sustainability models, while considering the roles of education, health, and technology in this effort.

SNF Co-President Andreas Dracopoulos spoke warmly about the efforts of the five members of the Vamvakou Revival Team, who joined the panel. He also highlighted that “there isn’t any time pressure or pressure of numbers” in the project and that the effort to revive Vamvakou, a “life experiment,” has already succeeded in its goal by embarking on the sort of journey Cavafy describes in his poem Ithaca. “We are happy to have contributed, at least to trying something different, something more humane in a natural setting, something that creates its own trips for many people,” he said.The five cofounders of the Vamvakou Revival team, Haris Vasilakos, Anargyros Verdilos, Eleni Mami, Tasos Markos, and Panagiotis Soulimiotis, spoke about the motivations behind their endeavor to revitalize Vamvakou, the steps that they have taken so far, and what’s to come. Further, Dr. Panagiotis Koulouvaris, president of the nonprofit Regeneration & Progress, talked about the importance of supporting healthcare infrastructure in nonurban Greece, informed by the experience of the Mobile Medical Units that have traveled across the country over the last five years with support from SNF. Artistic Director of the Greek National Opera George Koumendakis talked about his own experience working toward the revival of the village of Isternia on Tinos, as well as the contribution culture makes to such efforts. Lastly, Konstantinos Chambidis, Chief Digital Officer to the City of Athens, stressed the importance of using technology effectively to the success of revival projects, while simultaneously respecting and preserving each region’s traditions and history.

As the DIALOGUES discussion wrapped up, SNF Co-President Andreas Dracopoulos mentioned that in parallel to the Vamvakou Revival project, SNF is exploring further avenues of support for the broader region of Laconia. Specifically, Mr. Dracopoulos shared SNF’s intention to move forward with a grant for the creation of a new hospital in Sparta, in collaboration with the architectural firm Renzo Piano Building Workshop. He shared that SNF would move forward with the construction and outfitting of the School of Byzantine Music and Hagiography too, in collaboration with the Venerable Metropolitan of Monemvasia and Sparta, Mr. Efstathios. Mr. Dracopoulos also mentioned the discussions SNF has been having with relevant authorities regarding the possibility of supporting the Archeological Museum of Sparta, so that it “remains the true gem that it is,” as well as the grant currently under implementation for the creation of a Mosaic Museum in Sparta, an idea conceived by former government minister Mr. Ioannis Varvitsiotis.

The evening continued with excerpts from operettas on the theme of “returning to the roots” performed by the Greek National Opera and concluded with a traditional feast at Kato Vrysi, Vamvakou. 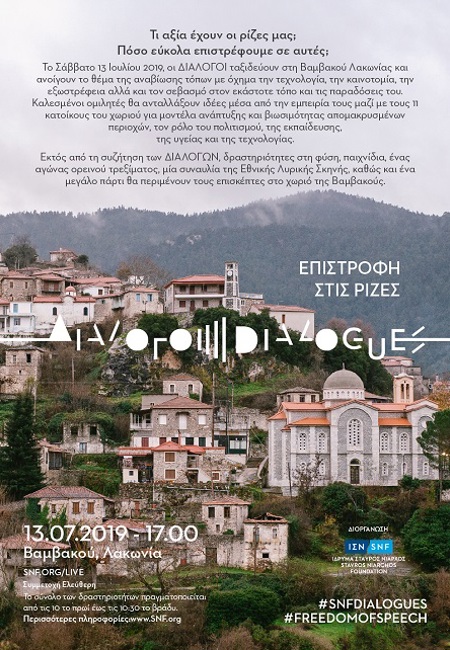 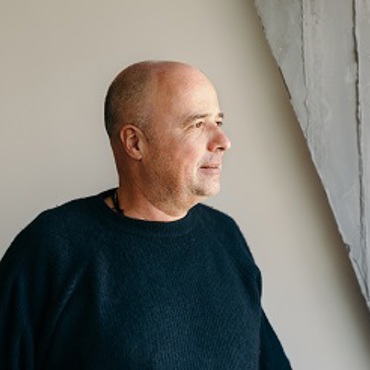 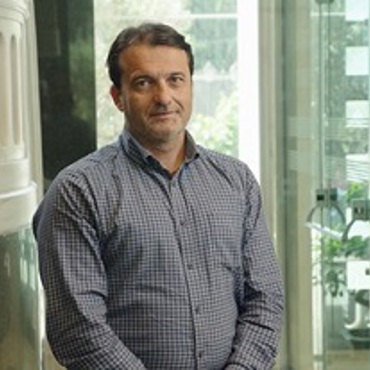 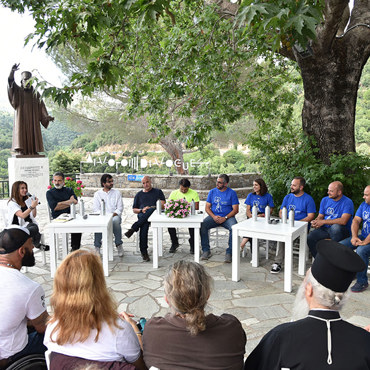 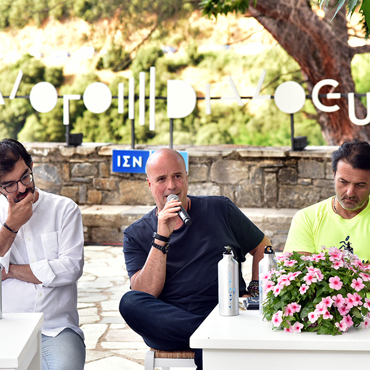 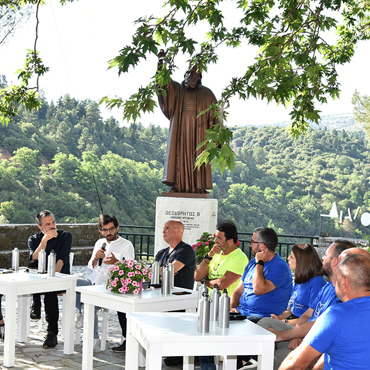 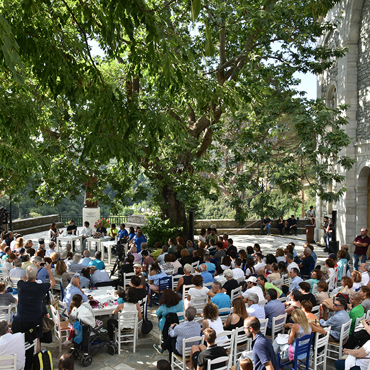 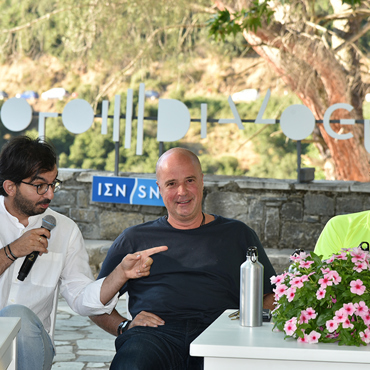 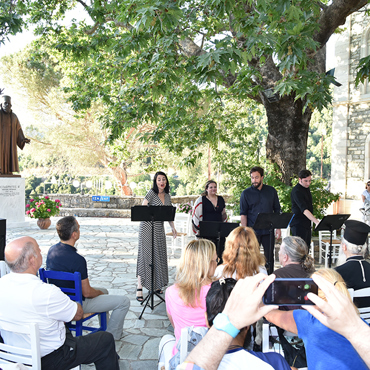 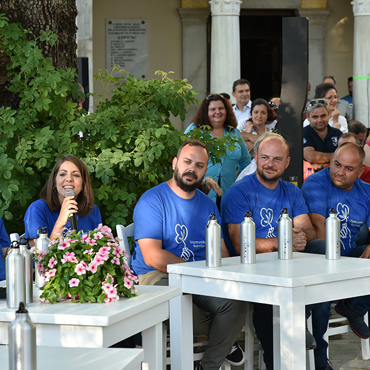 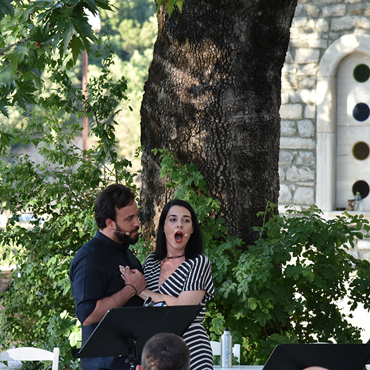 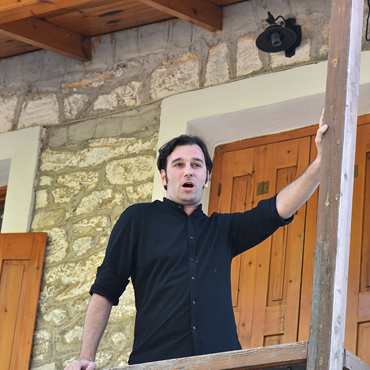 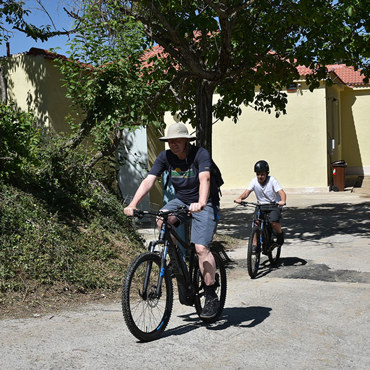 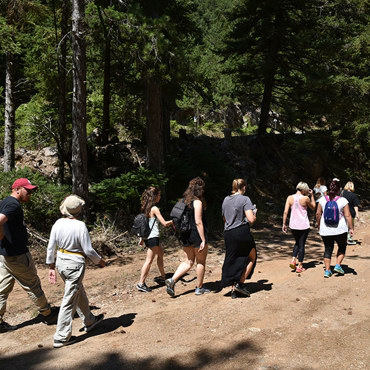 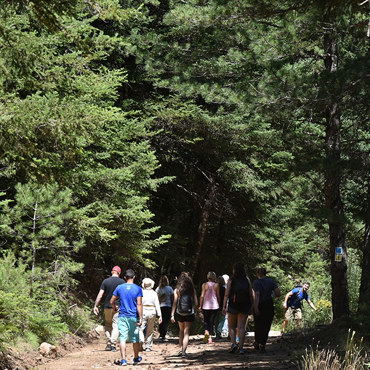 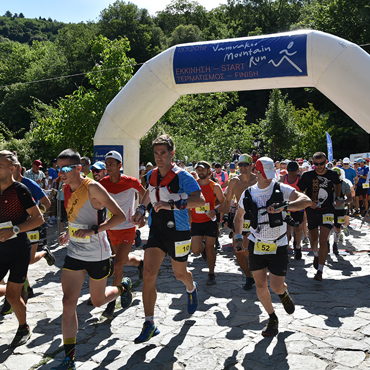 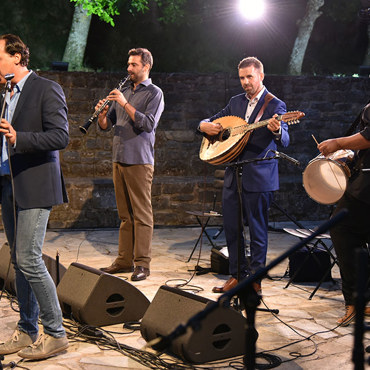 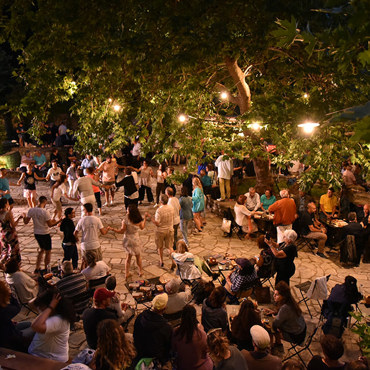 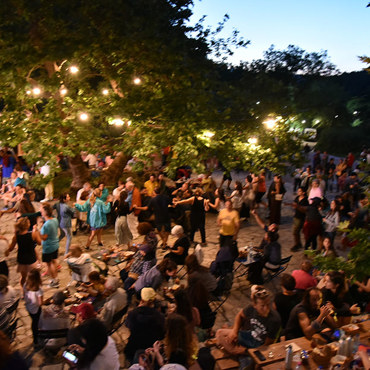