Major figures from Greece’s arts and culture scene assessed the extraordinary period we are living through.

Throughout the lockdown, the arts have been a bulwark against the dystopian conditions facing humanity. Setting their sights on what comes after the COVID-19 pandemic, the SNF DIALOGUES held on Wednesday, May 27 at dialogues@SNF.org brought together figures from the art world to explore how the artistic community can avoid its own state of prolonged lockdown.

This fourth live webcast in the series featured singer-songwriter Foivos Delivorias, Chairman of the Board at EDEM. On the issue of copyrights, he said, "I think that, after two very difficult years, we are in the last chapter of this dramatic play. I hope that there is sensitivity around this very important issue, and many colleagues have acted in unison. Whatever efforts have been made to resurrect conflict, they are in fact isolated because they no longer belong to reality." Dramaturge and director Prodromos Tsinikoris also participated in the discussion, mentioning that “the main role of art is to open a dialogue with the audience, which in cases such as theater, dance, or concerts has the role of co-creator, seeking common ground on how we envision society. The deep, human need we have to belong to a community—and that community is created when people come together to watch a work of art—is what will lead us back to normalcy."

Through a video from iMEdD’s journalistic record “Parontes,” costume designer Vasiliki Syrma, actor and musician Christina Maxouri, and actor and director Vasilis Bisbikis shared their thoughts and concerns about the future of the arts.

What artistic creation looks like without the physical presence of an audience was one key question addressed. Katerina Evangelatos, Artistic Director of the Athens & Epidaurus Festival, noted, “It not in the nature of art not to have an audience. For me, it is unthinkable for art to exist without the physical presence of the audience in the room, opposite the performer, opposite the work of art and next to another spectator or listener who will share this experience with them, which is unique and makes humans human." Linda Kapetanea, Artistic Director of Kalamata Dance Festival, shared her own thinking: “A work of art is always created for the public and carries the hope of a meeting and a sharing. Without the audience, there is no art. In the performing arts, we need physical presence. The moment of the show is a complete experience. The work of art is co-created and evolves with the audience.” Marily Konstantinopoulou and Dimitra Nikolou, co-founders of ARTWORKS, created through a founding grant from SNF, contributed from the point of view of the visual arts: “What is important every time is that the artist chooses how to showcase their work, because this choice itself is part of the work. Therefore, adaptation to the digital world should not be a violently imposed condition, because then, what will change in the end is how the public perceives art as a whole.”

Mily Paschali, Artistic Director at SNF, talked about how artistic creation and expression are affected by the pandemic: “The pandemic will have a lasting impact on the economy of culture, and I don’t mean only in terms of the livelihood of artists and cultural organizations. This field is called upon to create, protect, and secure the rights to digitization of content and freedom of expression. Artists are redefining their work and their relationship with the audience, and the samples we have already seen are impressive. They are very promising. I will close with something Mao Zedong said: ‘There is great chaos under heaven; the situation is excellent.’” According to Anna Fonsou, President of the “Actor House,” art must always flourish. “Let us not forget that war is accompanied by great performances. War is accompanied by painting, poetry, all the arts, because we feel that, through art, we need to make the economy and everything else flourish. So, it is through art that we will be saved.”

Thomas Machairas, Artistic Director of Release Festival, and Giannis Paltoglou, Artistic Director of Ejekt Festival, talked about the immense financial damage suffered by the concert industry in recent months, as well the relevant government provisions. “There need to be more measures, and they must be more substantial, long-term, and decisive. I want to make it clear that for us, for all of us, it is becoming clear that there can be no real reactivation of our profession when any type of restrictive measures are in force. Anything else is a half measure and is not really helping us return,” stressed Thomas Machairas. According to Giannis Paltoglou, “In the field of concerts, the damage is incalculable. Concerts have already been banned since March 2020, and it seems the ban will last for at least the next year, in practice at least—there will be no concerts. Summer is now beginning and the central government has not shown any understanding of the financial significance of concerts as state revenue.”

Dimitris Lignadis, Artistic Director of the National Theatre of Greece, and Nikos Kolovos, Artistic Director of National Theatre of Northern Greece, commented on the same issue from the point of view of their own sector. “Unfortunately, our field has so many peculiarities, multifaceted labor relations, acceptance of horrible working conditions for the sake of fame or art, absence of degrees and a license to practice in various specialties so that despite the admittedly brave measures taken by the state, it is impossible for the entire range of people in cultural work to be covered. So, the measures are satisfactory, but there are still things to be done in order to solve chronic problems in our field,” commented Dimitris Lignadis. Nikos Kolovos added: “The responsibility, the challenge, and the honor is great, to report, record, and highlight our potential to have culture, to help all the artists who have to act and have something to say this summer, marking another historic success: that of the world’s first cultural reactivation where other—much more advanced—countries are slowing down and delaying.”

snfdialogues.org
The SNF DIALOGUES discussed the future of arts and culture and the new picture emerging in the midst of the pandemic 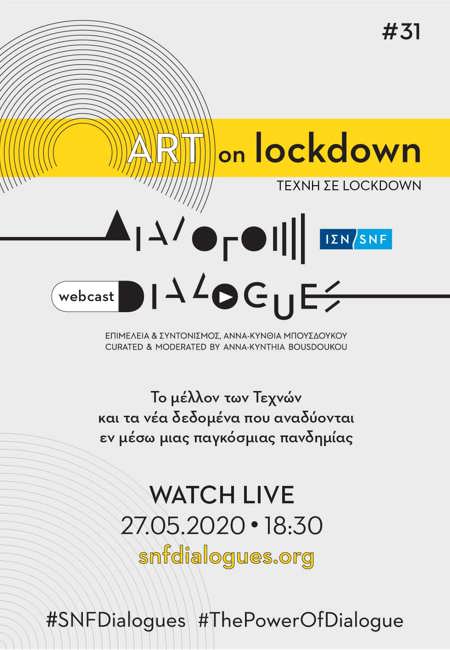 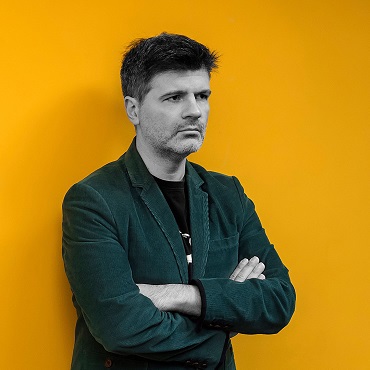 Singer-Songwriter, Chairman of the Board at EDEM